The snow has almost melted, but frigid temperatures are returning tonight. 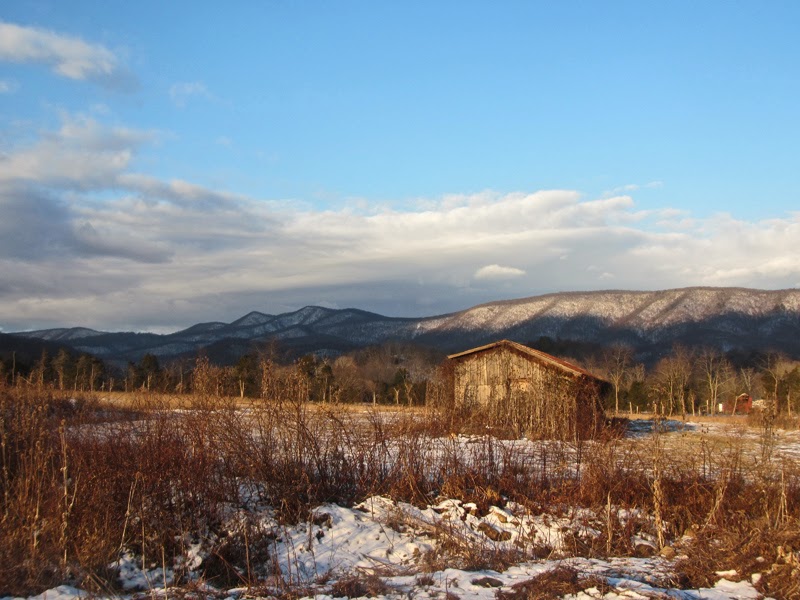 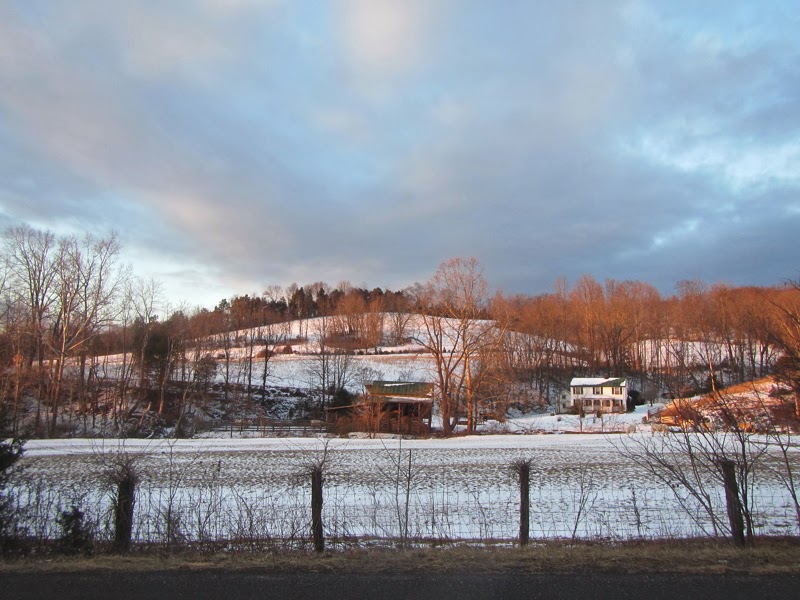 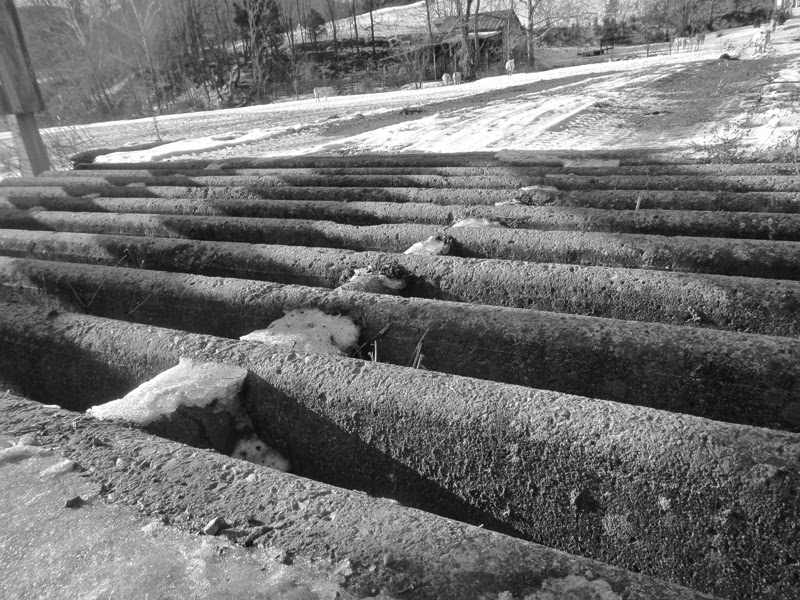 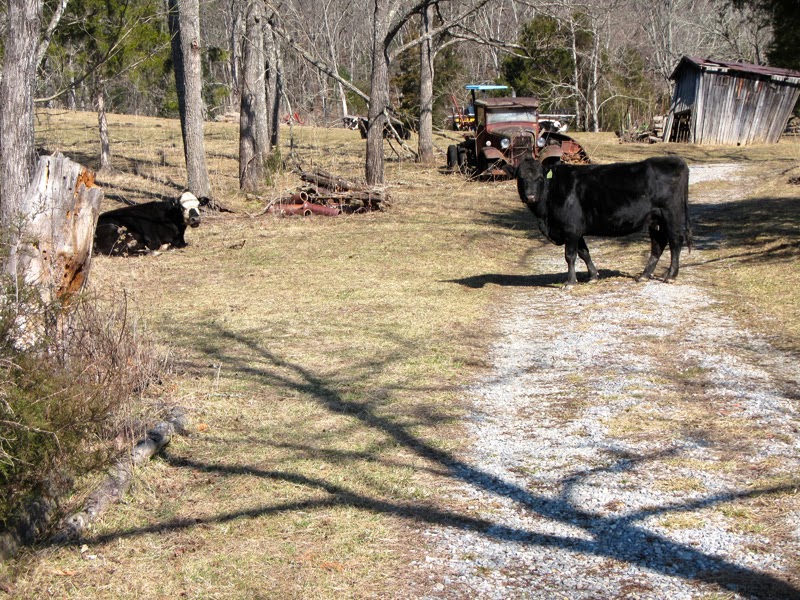 MOO! The snow is totally gone in more and more areas.
These guys prefer the road to being fenced in. They are always breaking out. 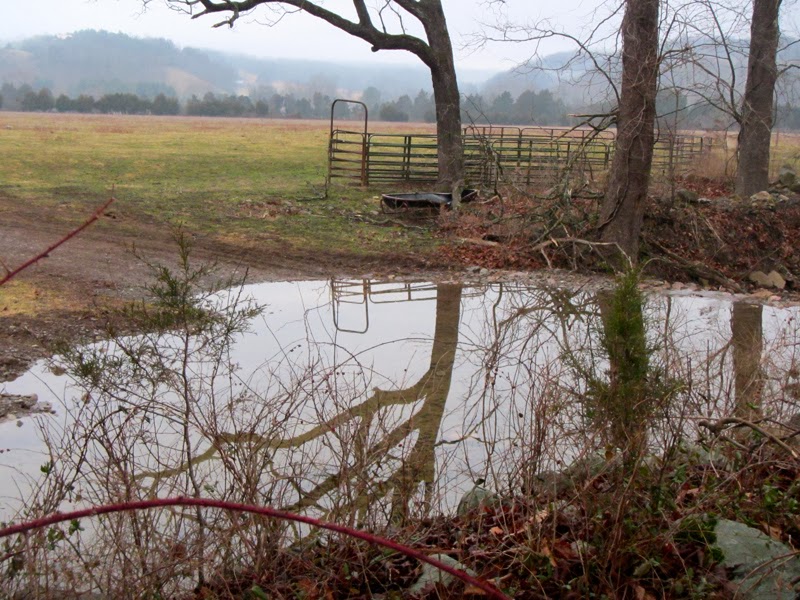 Now, this is a BIG puddle!
Metal Fencing 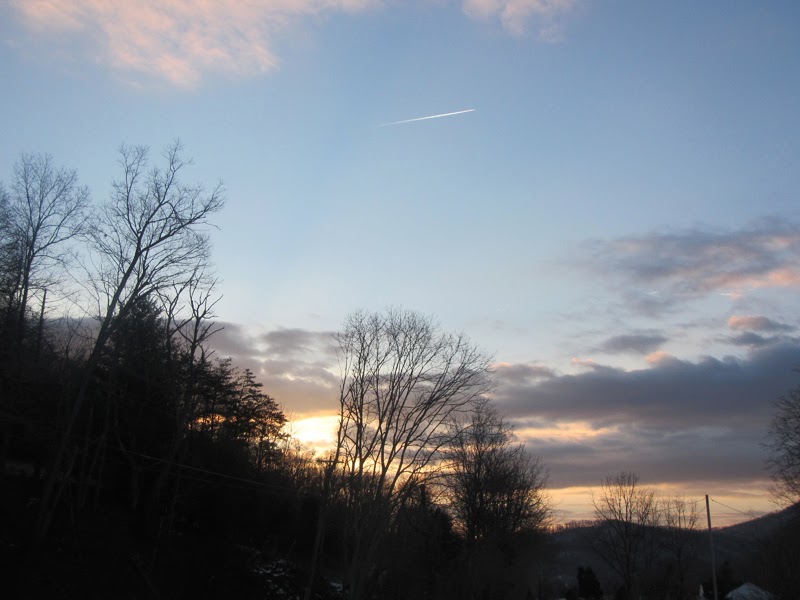 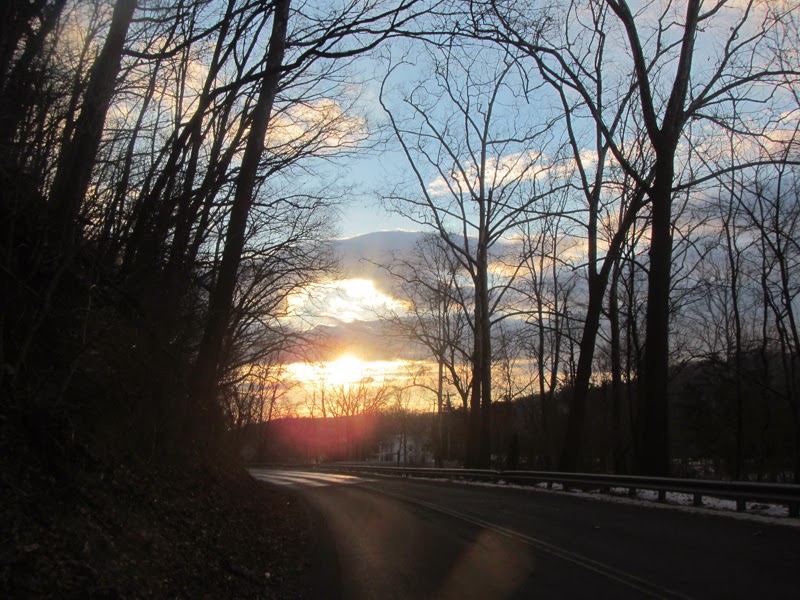 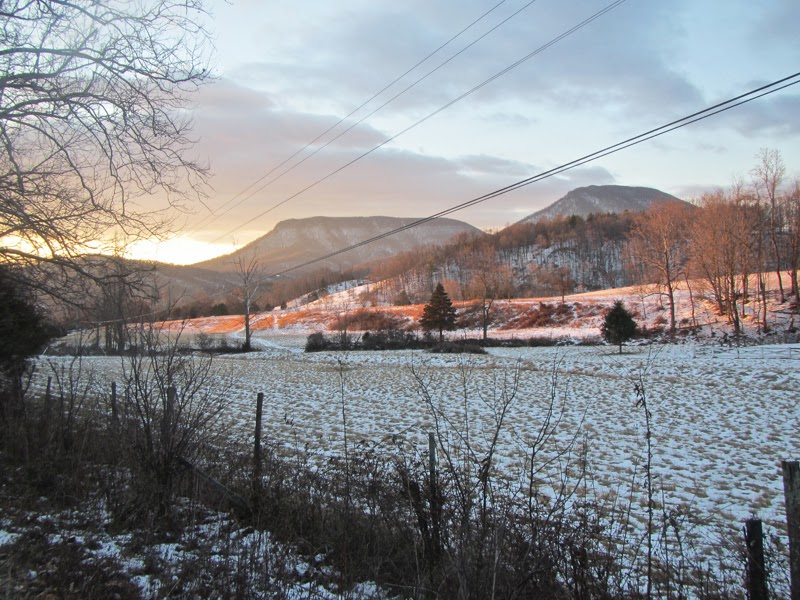 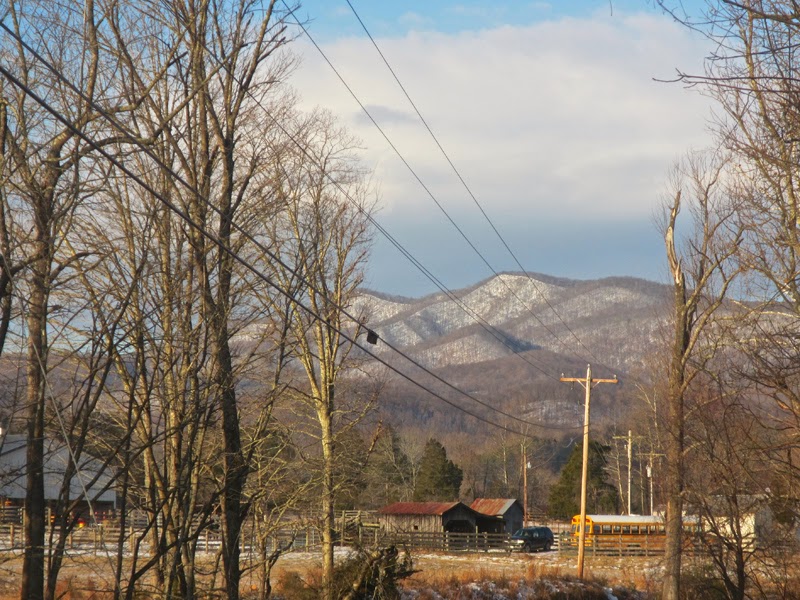 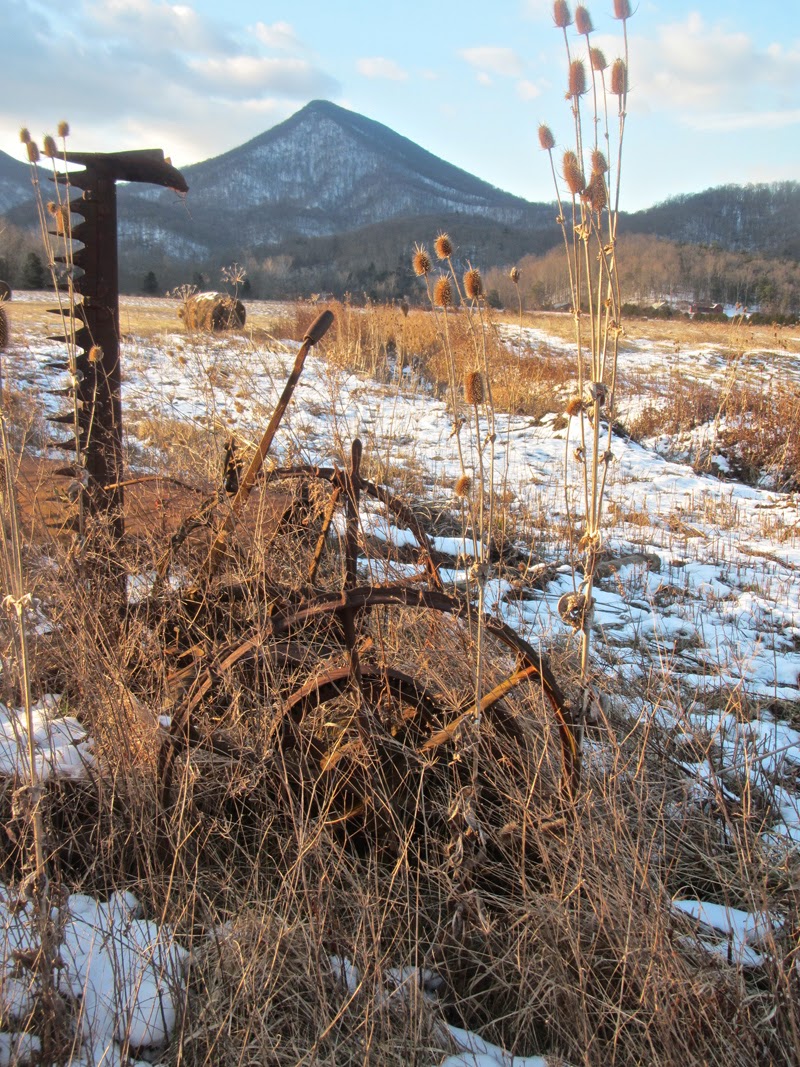 People just leave vintage tools in the fields to rust away. 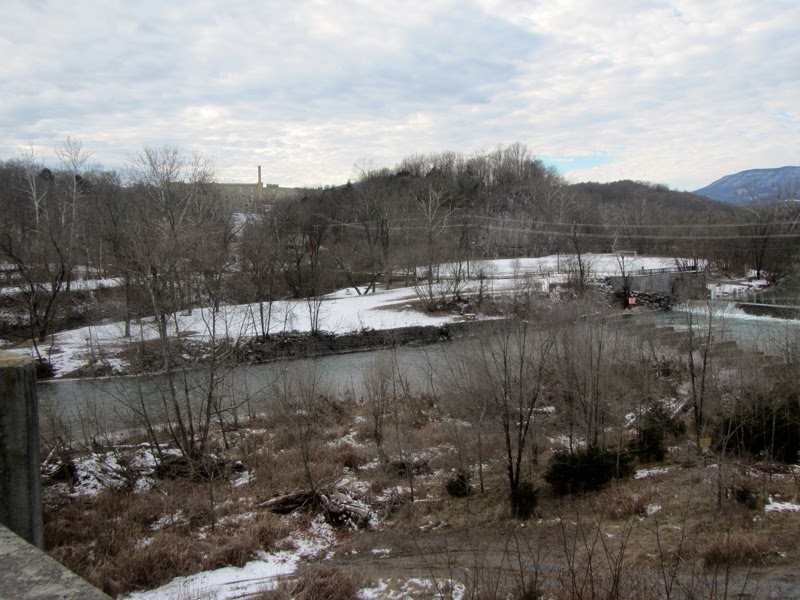 Maury River
The red sign in the distance is a warning sign. A high school student went over the dam there and was killed a number of years ago. The currents are pretty severe at times at this location. The old railroad bridge was turned into a footbridge, but it was washed away two times and never rebuilt. I have taken pictures of this area in the sumer but never in the winter. 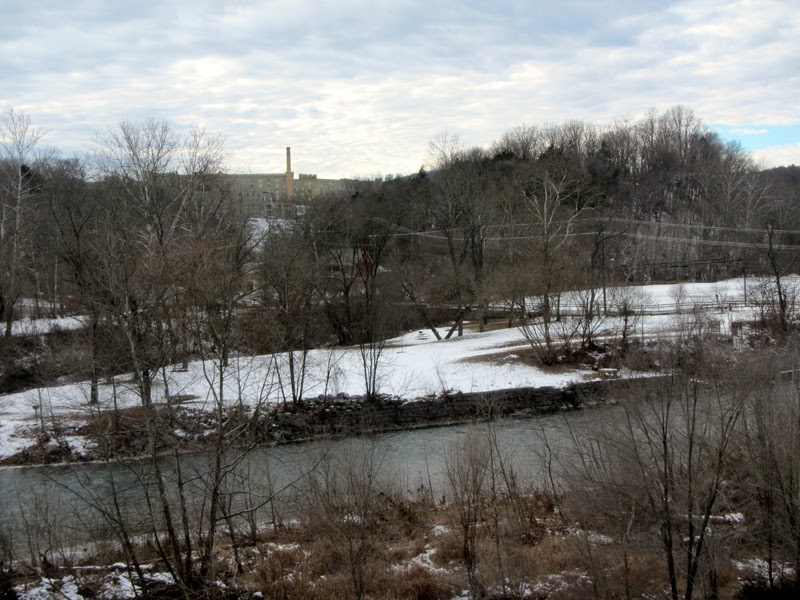 Virginia Military Institute in the Distance 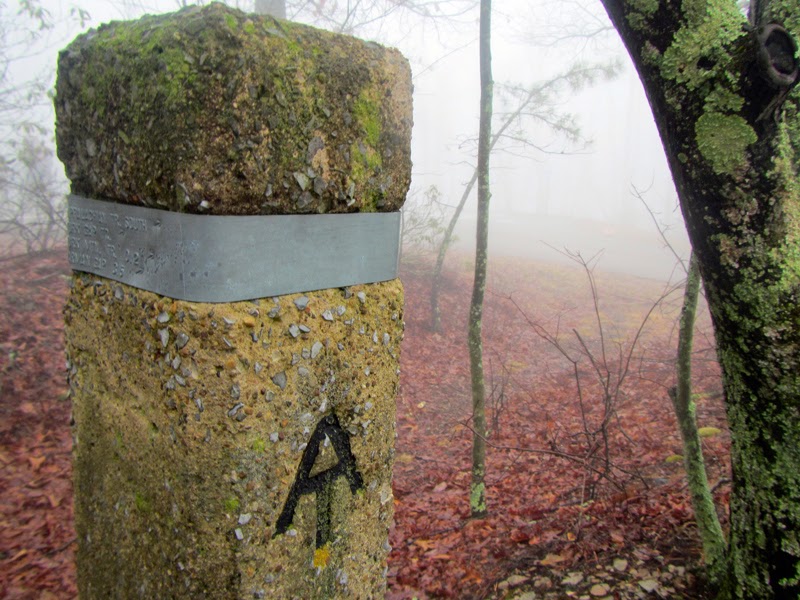 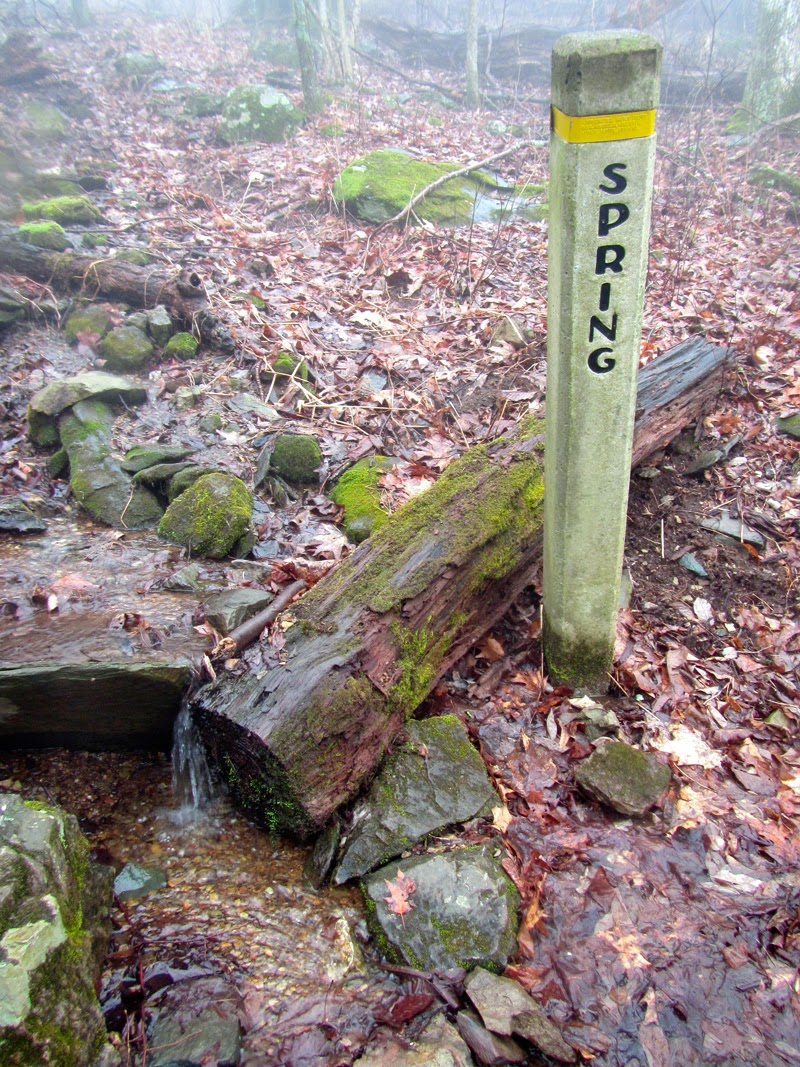 I wish Springtime was under this sign instead of spring water. 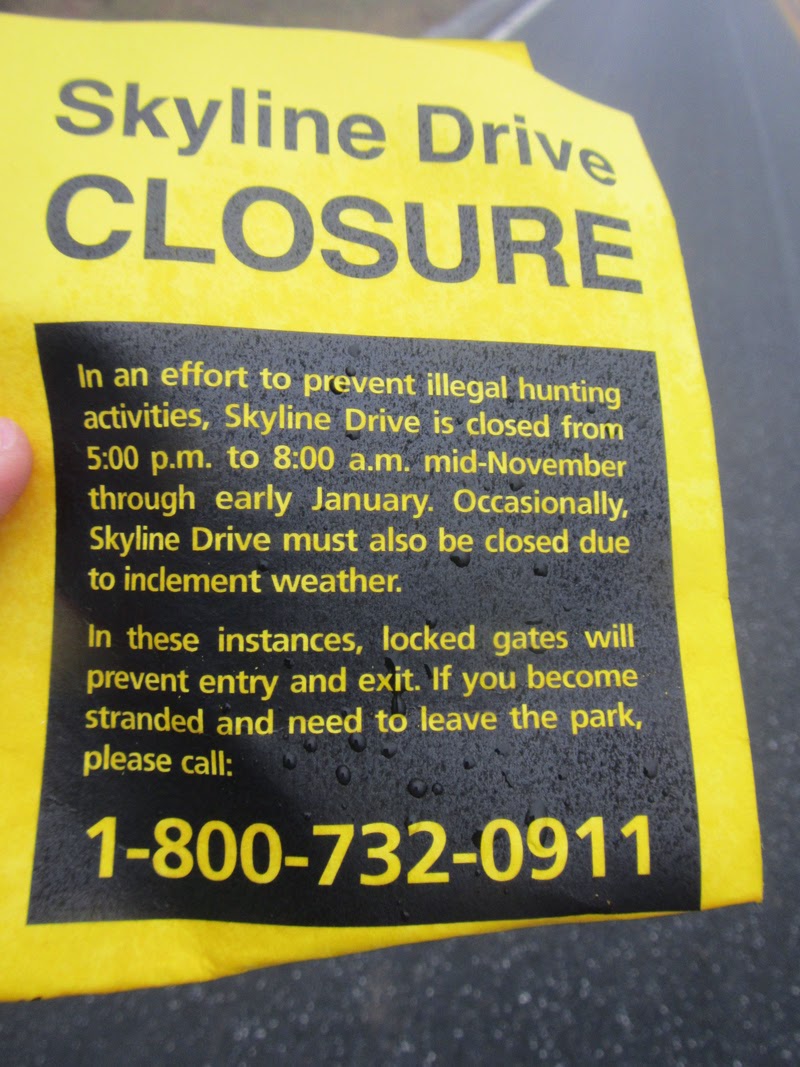 The Skyline Drive Closed Due to Crummy Weather 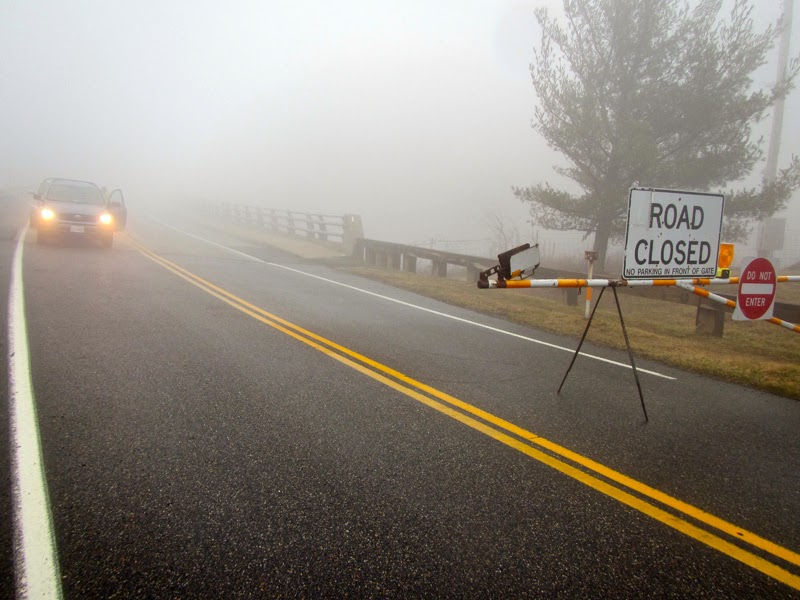