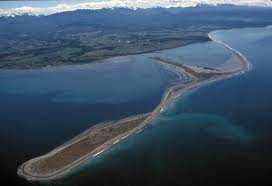 Dungeness Spit, Puget Sound,Washington.
The mountains in the background are the Olympic Mountains.
Picture from marlimiller.com

This picture was taken by the Washington State Department of Ecology

Dungeness National Wildlife Refuge is located along the northern coast of the Olympic Peninsula in Clallam County, Washington. President Woodrow Wilson established the Refuge on January 20, 1915 by Executive Order as a refuge, preserve, and breeding ground for native birds. Eelgrass beds and tide flats teem with migrating shorebirds in spring and fall; flocks of waterfowl find food and rest in these protected waters during the winter; eel grass beds also provide a nursery for young salmon and steelhead. The Refuge currently consists of 636 acres, including a sand spit, second-class tidelands and bay, and a small forested upland area. Dungeness NWR boasts one of the world's longest natural sand spits, which softens the rough sea waves to form a quiet bay and harbor, gravel beaches, and tide flats. Dungeness Spit is one of only a few such geological formations in the world which was formed during the Vashon Glacial era ten to twenty thousand years ago. 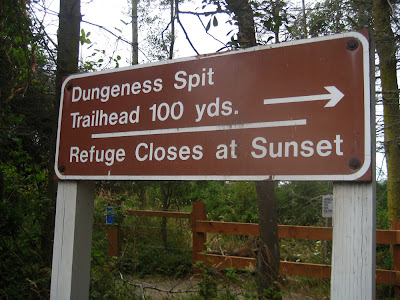 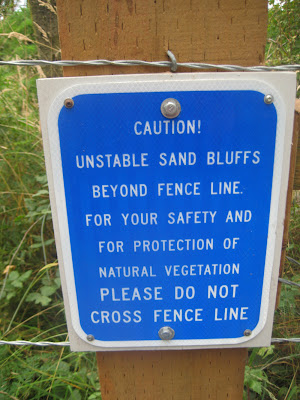 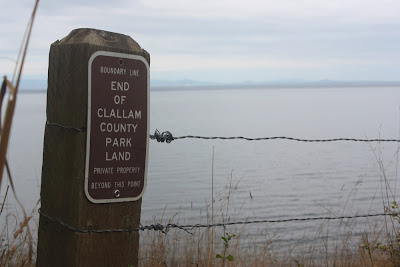 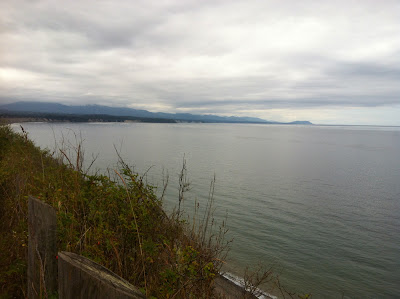 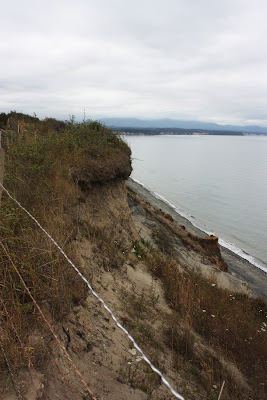 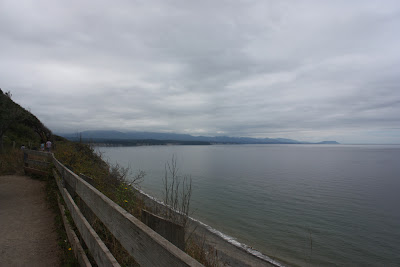 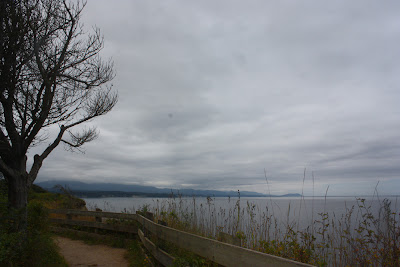 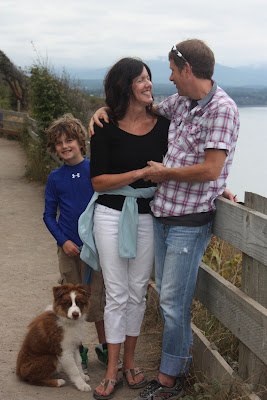 I just LOVE this picture of my son and his wife with Ben and Pilot. 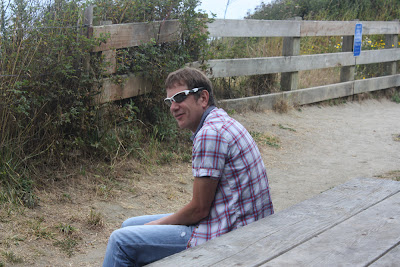 Ridge in his snazzy sunglasses taking a rest. 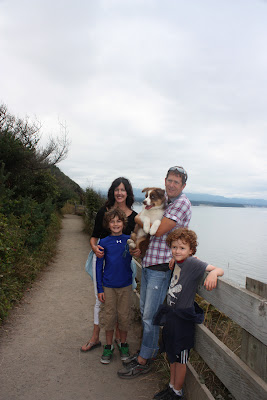 The one family photo I got on the trip. Love those coordinated green sneakers and green shoe strings on Ben and the red curly hair on Thomas. 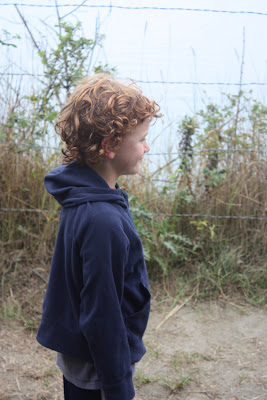 Thomas loves to have his photo taken. I really like it when
I catch the grandchildren off guard from the side or the back when they are not posing. 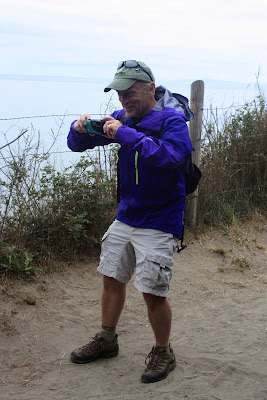 Bud looks a lot happier here than he did in the shot I posted the other day. Of course, he has on his favorite purple jacket and is shooting with his new Canon PowerShot D20.  I was talking about it in one of my last posts. Here you can see the size of it. FYI...Canon is now making them in a lemon yellow, and I am asking Santa for one.


This post is linked with Lesley's Signs 2, and Jan and Jer's Friday Fences.
Ge sure to visit both blogs to see lots of fun and interesting pictures.