Each Veteran’s Day I post this entry but with updates on the ages of my children and any pictures I have found during the year. This time I added some photos of Daddy, the current ages of my children, and some of his documents from the Corps of Engineers. Some of the pictures remain the same as does the story of my daddy and his part in The Great War. Once again this is my contribution to Weekend Reflections - a different kind of reflection, but such an important one for me each year. I am wondering how many there are left of us living who our remembering a parent on this day who served in
The Great War - The War to End All Wars. 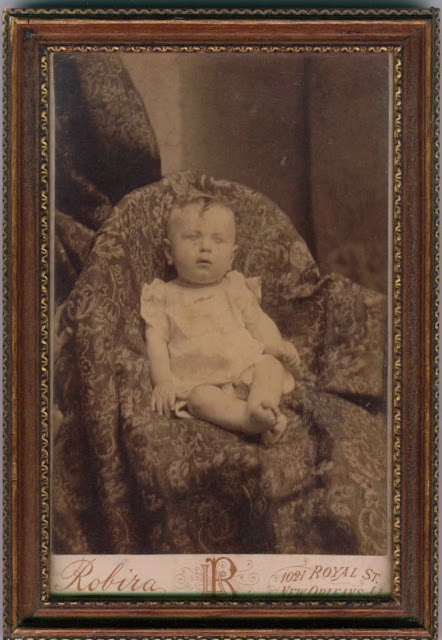 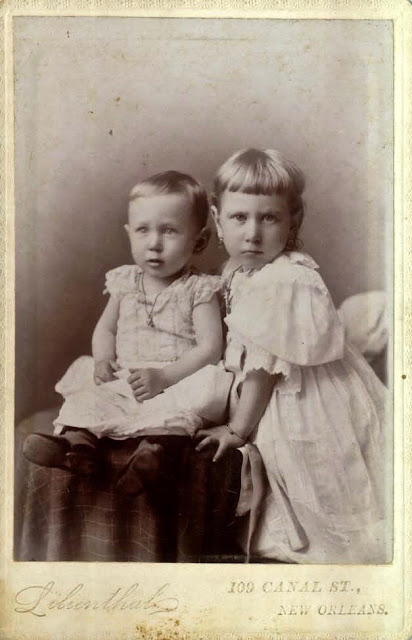 Daddy and His Sister, Celina
His mother and little brother died in the influenza epidemic
in New Orleans, Louisiana. 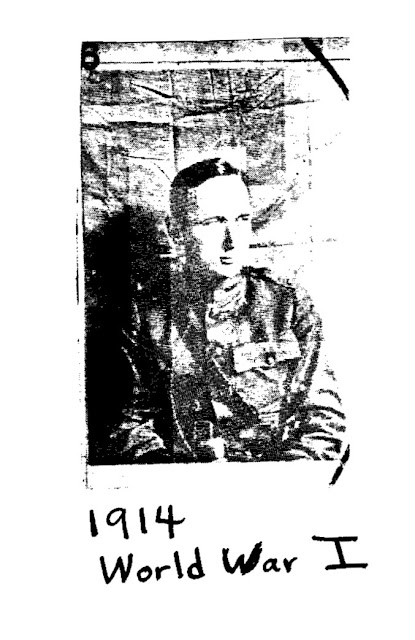 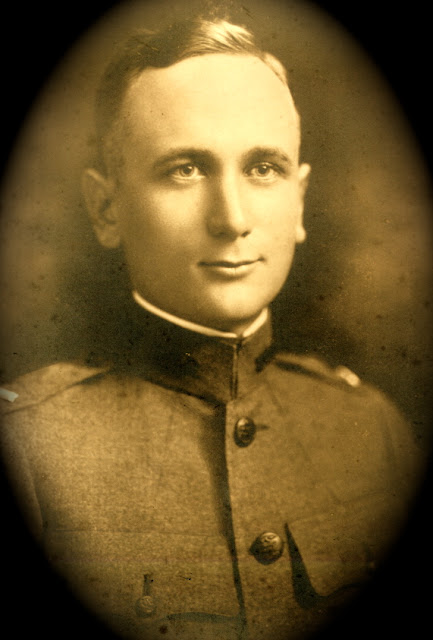 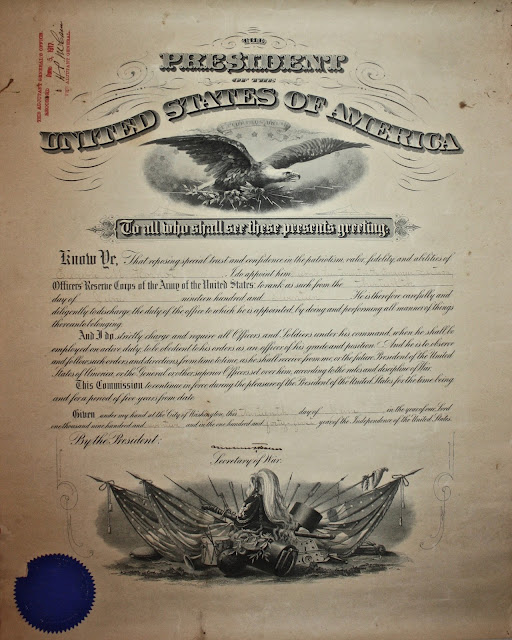 Appointment of Eugene M. Hornot
Second Lieutenant in the Engineer Section
Officers’ Reserve Corps of the United States
Given under my hand of the city of Washington the thirteenth day of June 1917, and
in the one hundred and forty-first year of the Independence of the United States. 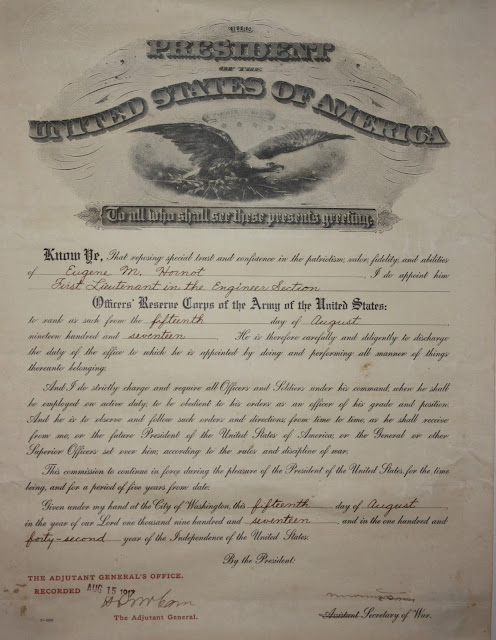 Appointment of Eugene M. Hornot
First Lieutenant in the Engineer Section
Officers’ Reserve Corps of the Army of the United States
Given under my hand of the City of Washington the fifteenth day of August 1917, and
in the one hundred and forty-second year of the Independence of the United States.

***Please note the discrepancy of these two dates. Bud and I have read and reread them, and we cannot figure out the 141st year of independence and the 142nd year of independence when the dates were June 1917 and August 1917...both 1917. Oh, well, he was in the war, he served in France, and my son, his namesake, has his WWI footlocker.

*** EG CameraGirl wrote me the following:
"I wonder if the date discrepancies have to do with June being before and August being after July 4th, the official date of U.S. independence." 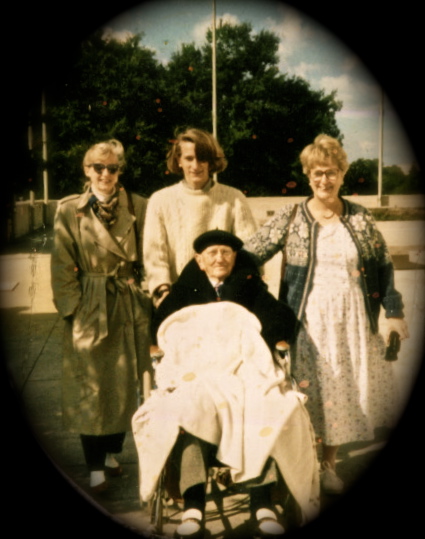 This picture was taken outside the Smithsonian Museum of American History on my daddy’s last visit to VA. From left to right: Mattie, my eldest child now 52, Eugene Marseilles, my youngest child now 44, and me. We pushed him into where the aging American Flag was hanging in all of its glory. My frail daddy sat erect in the wheelchair, removed his beret, and saluted the flag never saying a word. He did not talk about the war with any of us, but I know he never really got over what he experienced while serving with the Army Corp of Engineers at the height of WWI. I have learned he was assigned to an electric plant somewhere in France.  In 1993, he died at 100 years, 7 months of age. On this Veteran's Day in the USA, Remembrance Day in Canada, Remembrance Day in Australia, and Remembrance Day on Sunday in The United Kingdom, please let us not forget the sacrifices our American, Canadian, British, Irish, Australian, and Scottish veterans made while serving their countries during what was known as “The Great War,” and “The War To End All Wars.” Thanks, too, to the New Zealanders who celebrate their Remembrance Day on Anzac Day, the 25th of April each year. 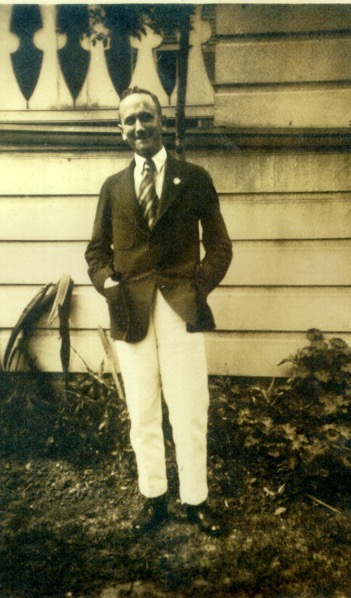 Daddy as a dapper young man WITH hair. 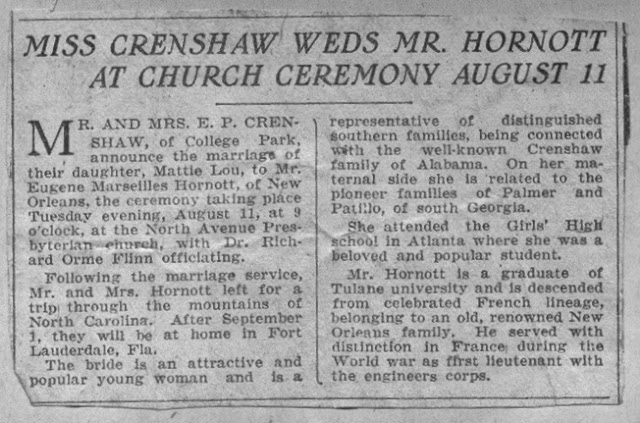 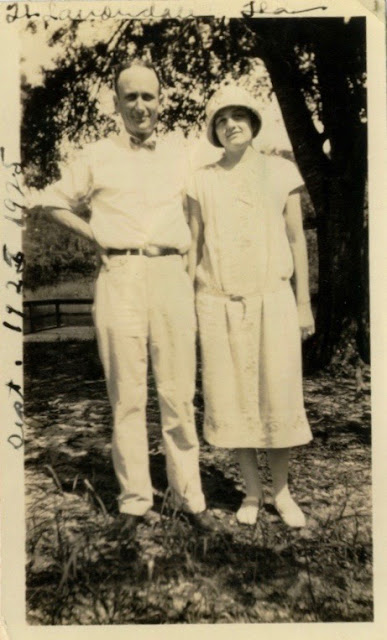 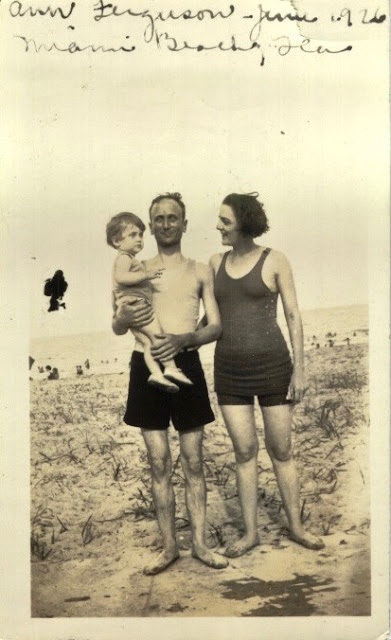 Mother and Daddy 1926
I have no idea about the baby, Ann. 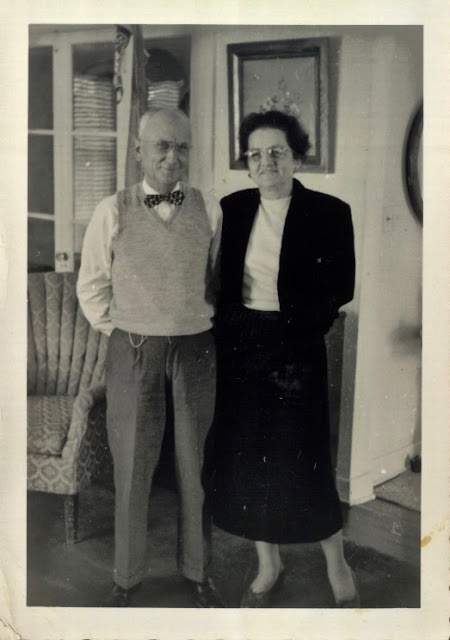 Daddy always wore a bow tie.
Here he is with my mother in our home in Palm Beach, Florida. 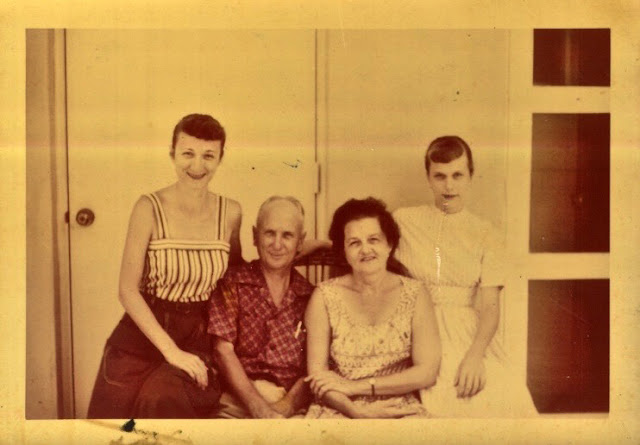 This picture of the family was taken at our home in Melbourne, Florida, while my daddy was stationed at Patrick Air Force Base, Cocoa Beach, Florida. I think I was in the seventh grade. 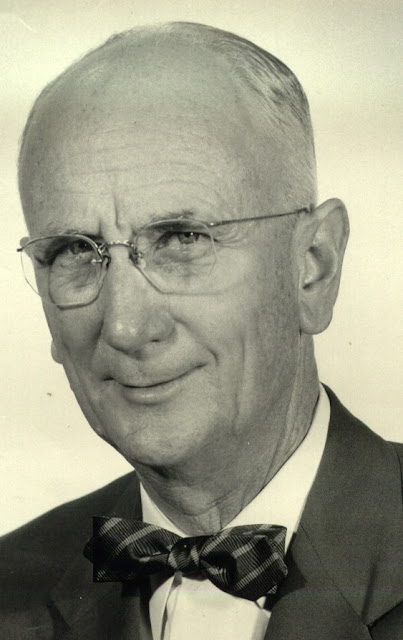 Daddy after he retired from the Corp of Engineers and joined the firm of
Gee and Jenson Engineers in West Palm Beach, Florida. 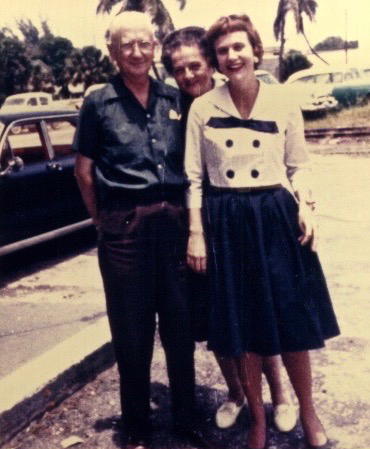 Mother and Daddy sending me off to Emory University in Atlanta, Georgia.
This was taken at the railway station in West Palm Beach, Florida, just before I boarded.
It was an overnight ride, so I got to sleep in a berth. Very exciting :-) 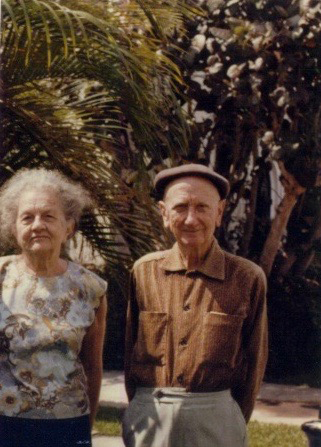 My last picture of Mother and Daddy before my mother died. 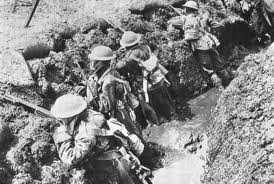 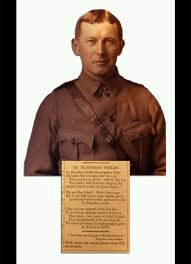 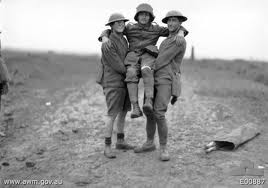 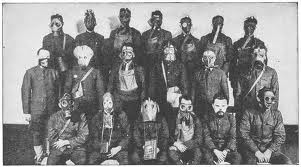 Memories of my visit to the WWI Museum in Iepers, Belgium. I stayed in that precious little town for a week while I traveled about Belgium visiting the graveyards, talking with the people, and visiting museums. The things I saw and learned will never leave me. When I left Paris in my little rental car and came upon the first French cemetery and all of the pristine white crosses, all I could do was stand there and cry. I had no idea of the number of soldiers other than Americans who had lost their lives. The more cemeteries I passed and stopped to visit, the more I cried. Those were terrible times. War is terrible no matter when or where it takes place. I wanted to get to Normandy, but I did not make it. 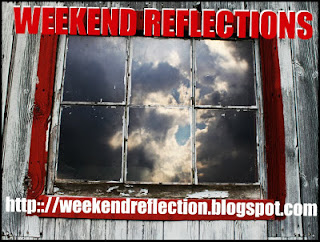