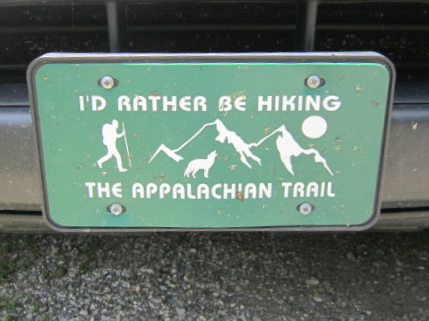 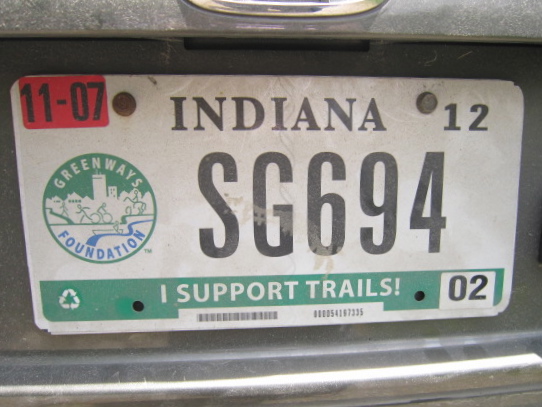 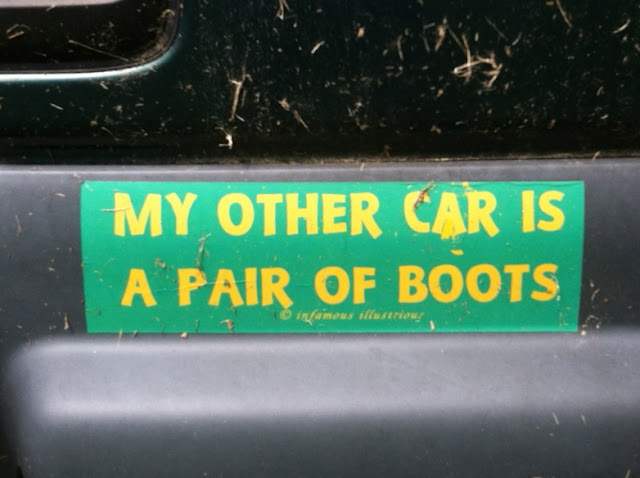 I saw the first two plates last weekend when I dropped off some fellows from Philly who needed a shuttle ride.  The last one is Bud’s prized bumper sticker which I think it is pretty cute.


Here are the fellows I gave the ride to last Saturday. They were so much fun. Note the one that carries a Masters sized umbrella and an inflated cushion to sit on. He works construction, but is also a baseball umpire. I could not believe my eyes when he pulled those two items out of the car. He was a hoot and a half. His reasoning was he did not like to get up in the night in a rainstorm, crawl out of the tent to relieve himself, and then be sopping wet when he crawled back in. They are going to come back next summer, spend the night here, and then leave their car with us while they do another section. Umbrella Mike is a construction worker, but he also works as a baseball umpire. When I drove through Buena Vista on my way to the drop off point, he saw the sign saying Buena Vista, Home of Charlie Manual, manager of the 2008 World Series Philadelphia Phillies. He went bonkers with excitement saying, “He’s my man!”  Next year we will take him to see the house where Charlie grew up. 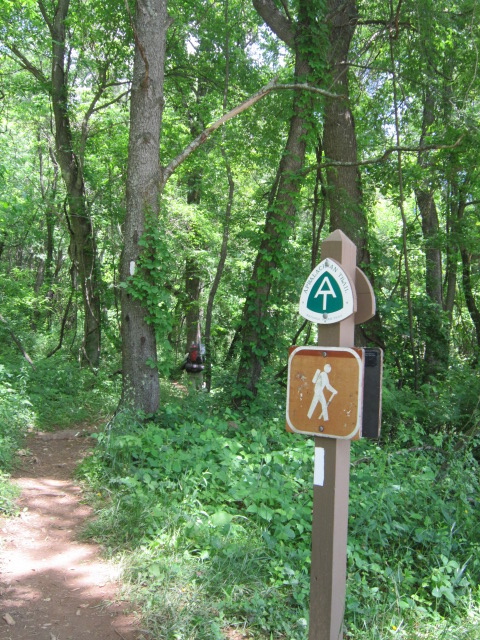 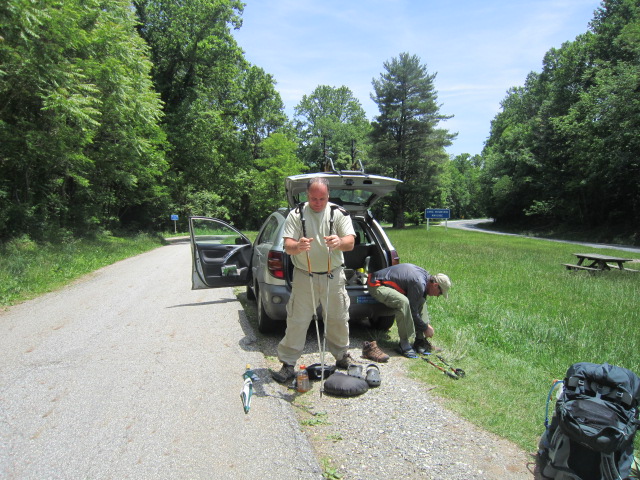 Getting their stuff out of car ~ assembling the hiking sticks. 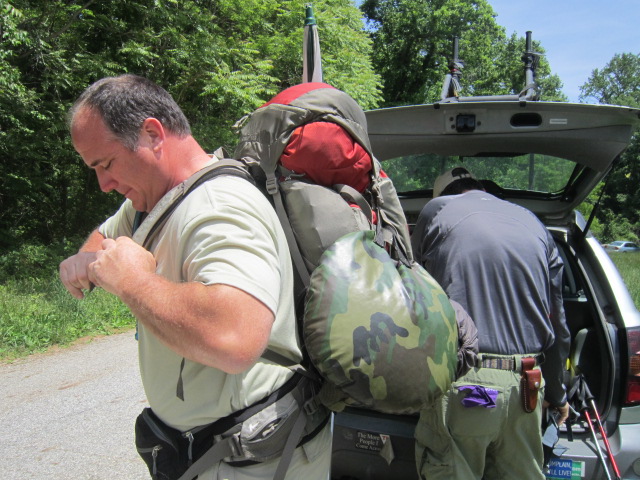 Mike tightening up the straps so his pack sits and fits comfortably on his back. 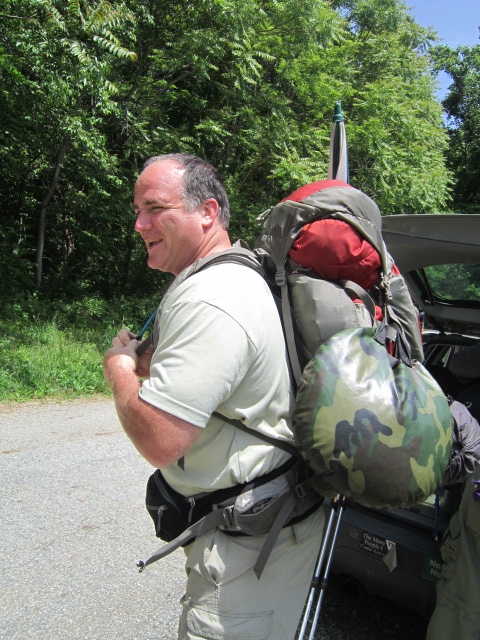 This has to be at least a 40 pound pack...
the umbrella and the inflatable cushion
crack me up. They are definitely a first! 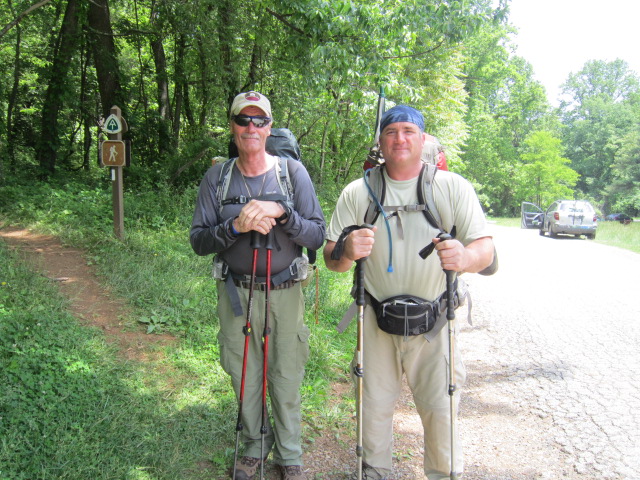 Final shot before they hit the trail. 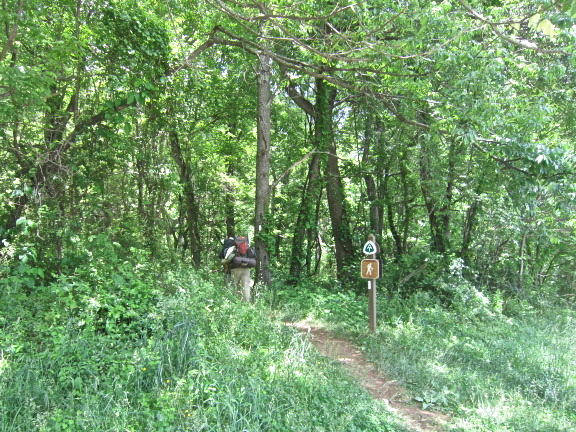 Here they go on their 10 day hike.

Please forgive me for setting off of the sign topic. I thought the story was so cool and fit in with the signs so well, I just had to include them.