I am totally fascinated by the beautiful church steeples in Lexington and the Rockbridge County area. This is my first in a series of posts devoted to these steeples. I chose R.E.Lee Episcopal Church because that is were we have gone to church for years and where my daughter was married. It is adjacent to Washington and Lee University here in Lexington. 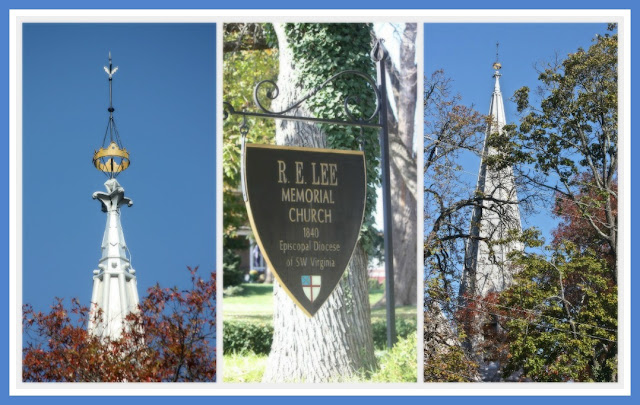 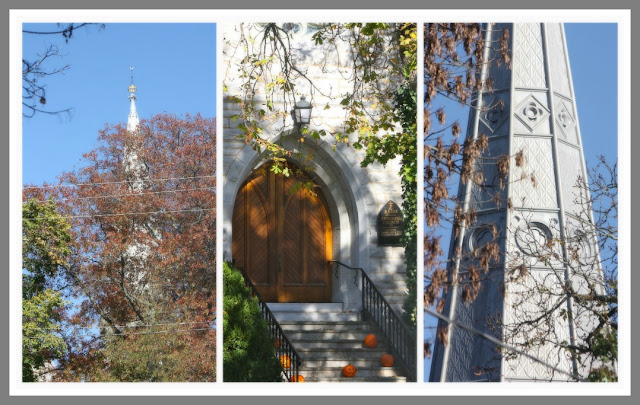 Robert E. Lee Episcopal Church
Lexington, Virginia
Established in the mid-nineteenth century as Grace Church, and renamed after his death to honor Robert E. Lee who served as Senior Warden. My daughter was married in this church.


Just for fun I wanted to scan a few of the old wedding photos, but it turned out to be a disaster. PSE9 says I have to buy multiple licenses to add it to the new iMac, so there was no way to clean them up. I refuse to pay Adobe anymore money. They are such a pain to deal with and are often very rude. I could not figure out for to scan the old photos on my Canon copier and get the scans onto a thumb stick so here is what you get...poorly taken photos of the originals. Not good, but it does show a bit of the stained glass and of the family.I found a gorgeous photo of the church on Flickr, but it said that all rights were reserved...and that meant to me...DO NOT USE! I respect people’s wishes that others do not use their photos without permission. 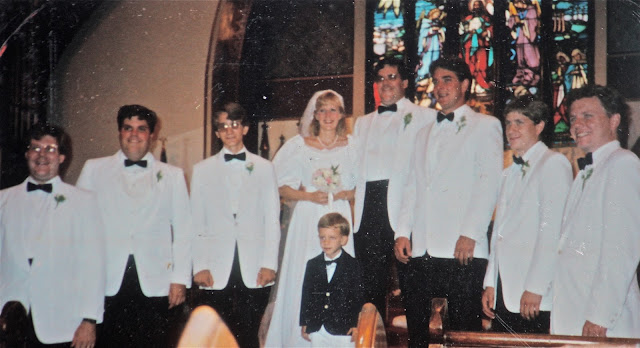 August 15, 1987
Mattie’s two year younger brother, Ridgley, is the third boy to her right..
Her youngest brother, Gene, is next to her on the left. 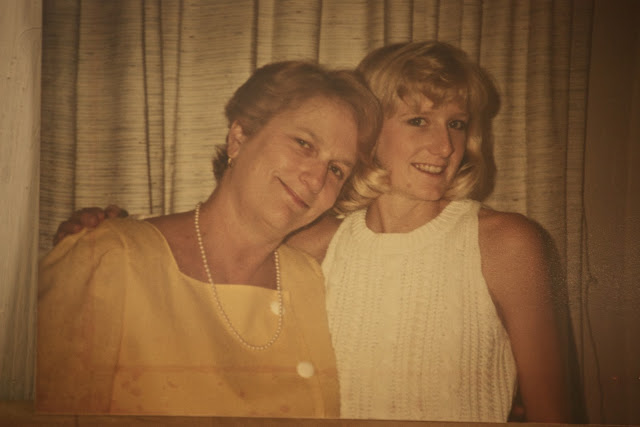 This was taken of the two of us in the vestry room after she had taken her hair out of rollers and was ready to put on her dress. I wore a traditional yellow linen short sleeved suit, and we both wore family pearls. Trust me...I was not 72 years of age in this photo!!!!! 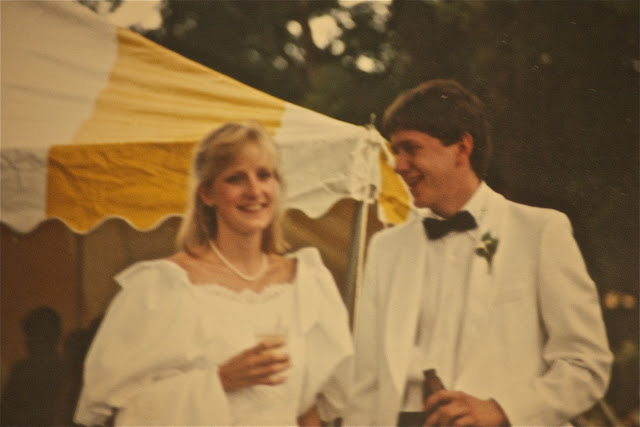 Here are Mattie with Ridge at the reception. There were yellow and white awnings everywhere, divine food, lots of fun and music, and probably 150 of Mattie and Andy’s friends from the University of Virginia and Washington and Lee University Law School. They certainly had a good time*!*!*!*!*!*! The festivities were held at Maple Hall, one of the 3 historical country inns in Rockbridge County. 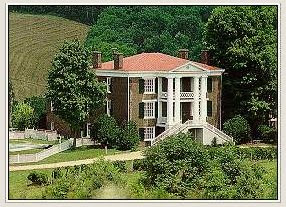 Mattie threw her bouquet from the upper balcony with all of their friends and family gathered. Her best friend and maid of honor caught it! A happy ending to a happy day.


John B. Gibson built Maple Hall in 1850 to support his growing family.It became known as Maple Hall at the Maple Hill Plantation. Three decades ago, the Peter Meredith Family bought the home from Mr. Gibson's descendants and worked to fully restore the mansion. In 1985 Maple Hall became the third and final Historic Country Inn of Lexington.
This post is linked with Mosaic Monday