I thought I had ruined this picture by having it on movie instead of photo on the iPhone. Well, dog-gone-it...I didn’t, and now I get to post it. Was putting gas n the car at a local truck stop where the gas is only $3.15, and I watched this truck pull in. When I focused in on the FISH, I knew I had to post it. To me, this is one of those one-of-a-kind change photos. The men were up on the top opening the compartments and sticking the pole in them. 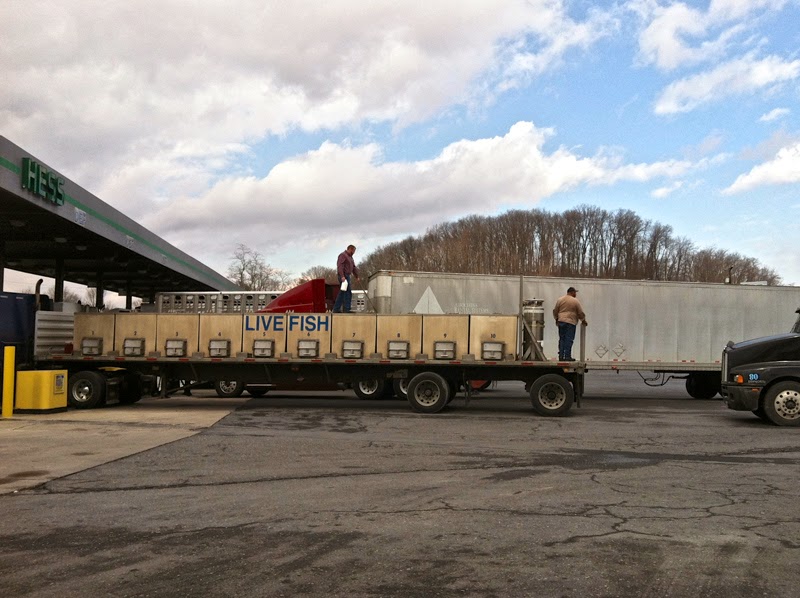 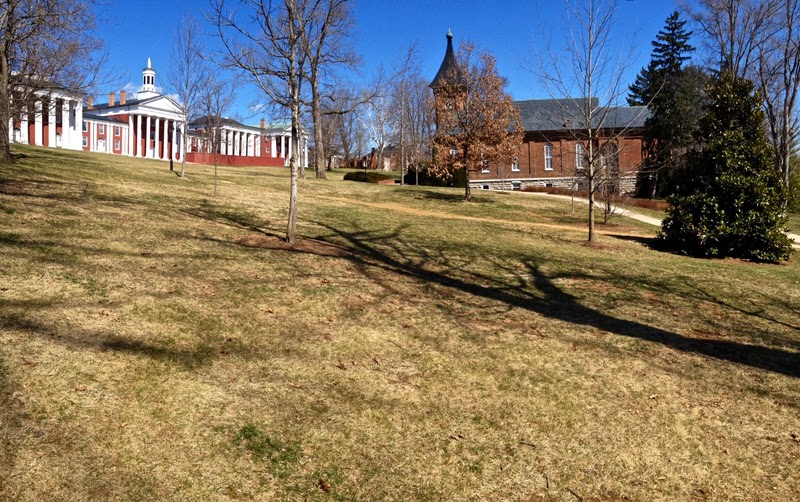 Washington and Lee University and Lee Chapel
where R.E. Lee and his horse, Traveller, are buried. 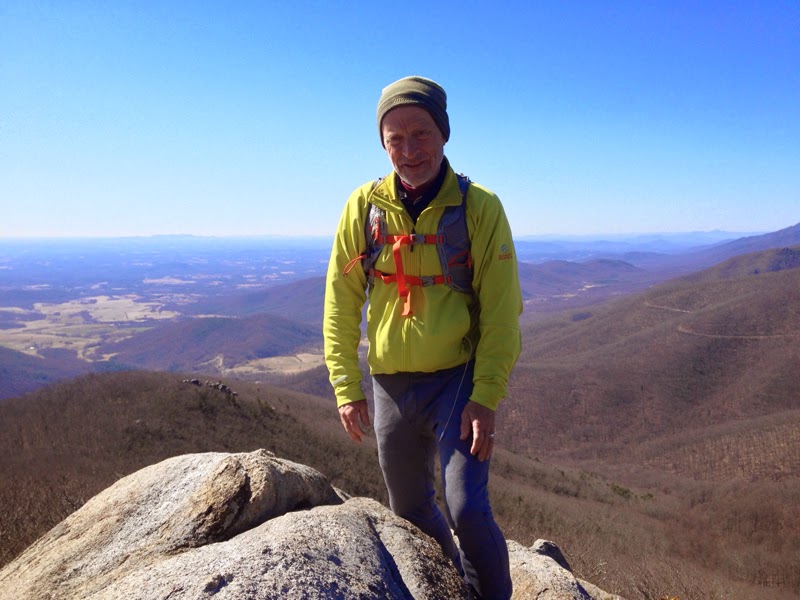 Bud, atop Terrapin Mountain.
No, I did not climb it with him. This was taken by a friend of ours.
I just had to post it because it is such a great shot of him.
He looks so happy to be where he is. 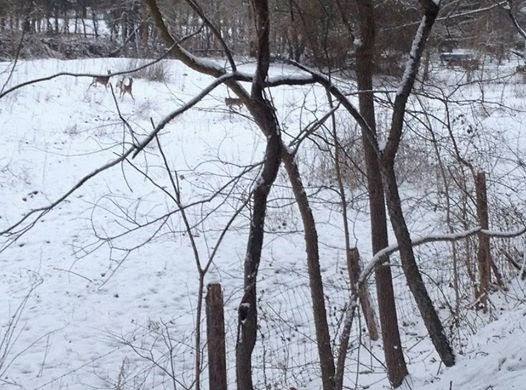 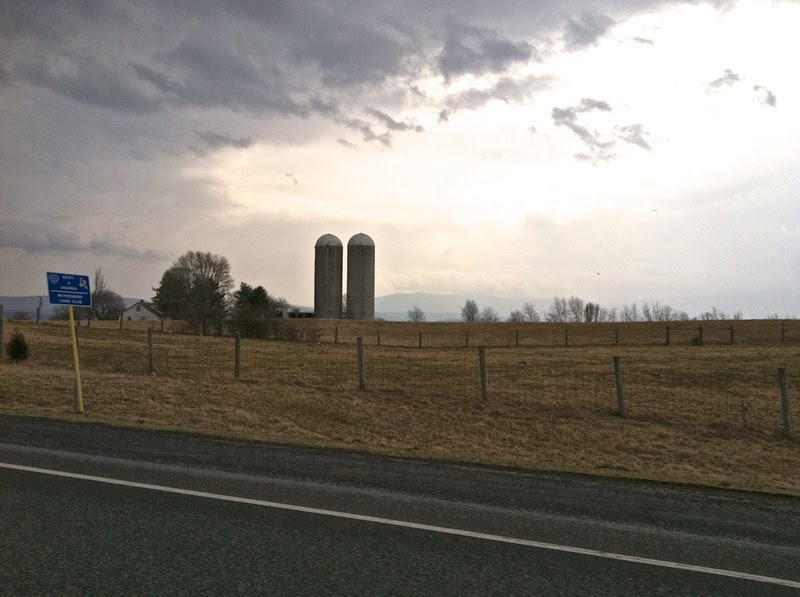 There was something about the vertical silos and the horizontal fences that caught my eye as Bud was driving...an iPhone 4 drive-by. It was another dark and dreary day.

This post is linked with Signs2, Skywatch Friday, and Shadow Shot Sunday2.
Posted by genie at 1:10 PM