After my grandson, Willy, graduated from Saint Andrews last Friday, we all went downstairs to see the chapel where some scenes in "Dead Poet’s Society" were filmed. As we were walking along a corridor on our way out, we came upon this unbelievable beaded board wall. The tradition coming down through the years is each person in the graduating class carves his or her name and the year of graduation. I did a very poor job with the photos, but I really wanted to share them with you. I think it is one of the neatest things I have seen in a long time. Trust me, we were not allowed to carve anything on anything at the boarding school I attended with Dominican nuns. 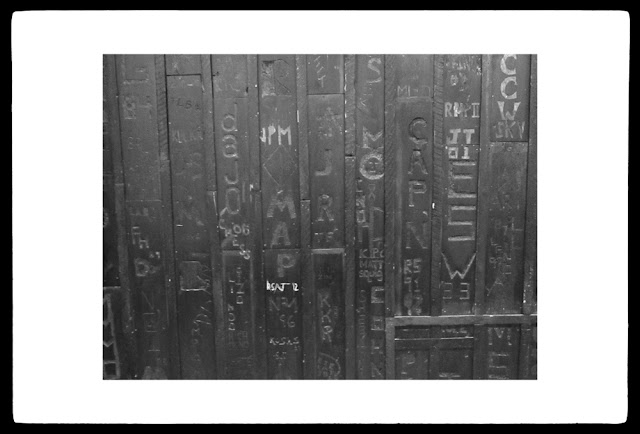 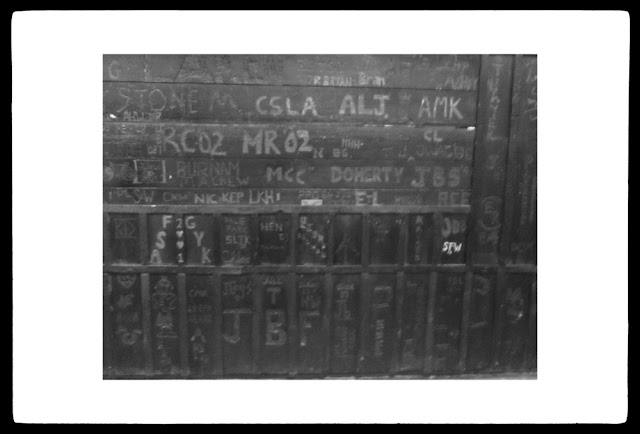 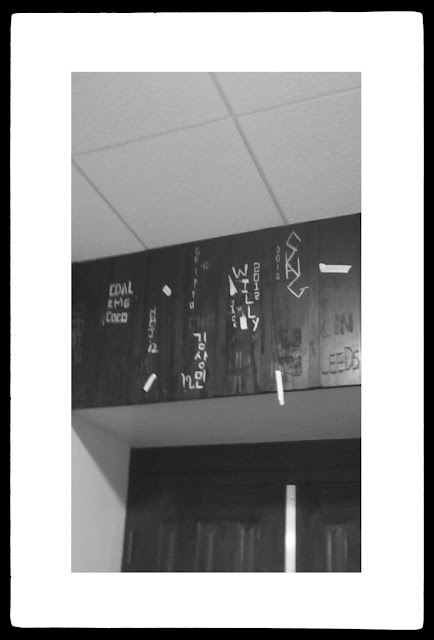 Willy had to be different. He went for as close to the ceiling as he could get.  I really got a kick out of seeing his name carved there for posterity. His brother, Crenshaw, carved in it two years ago, but we did not find his name. If you did not see the pictures of the school which looks like it belongs at Oxford instead of Delaware and would like to see them and the family, here is the link:

I think after 4 years of living, studying, and learning in this boarding school all the boys and girls of the graduating classes earned the right to carve their names in the wood.