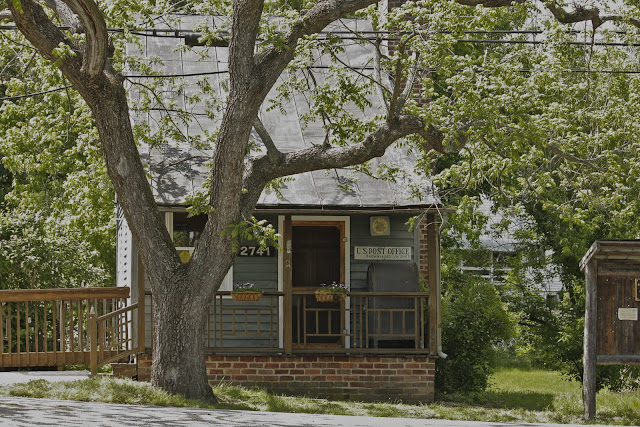 This is the precious little post office I pass each day on my way to school. It was on the list to be closed, but because of the town’s listing in the National Register of Historic Places, we were able to keep it open. Now the worries are up again with so many post offices on the chopping block in VA. So far it has not appeared on the list. Keep your fingers crossed. 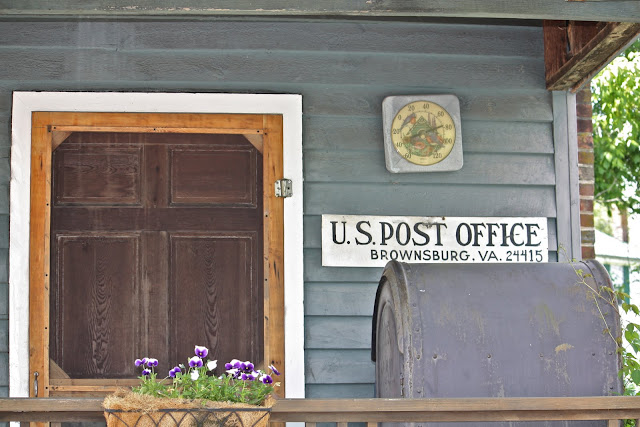 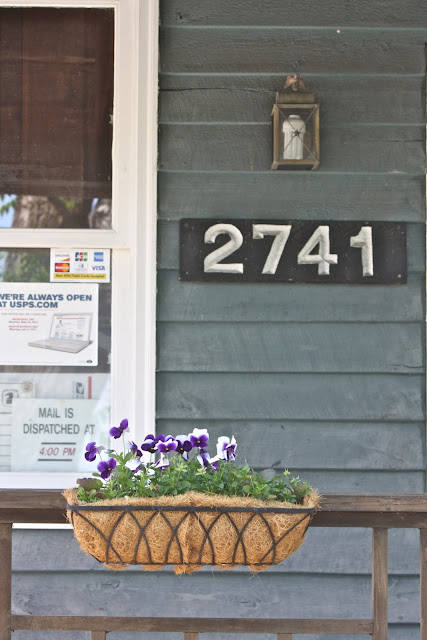 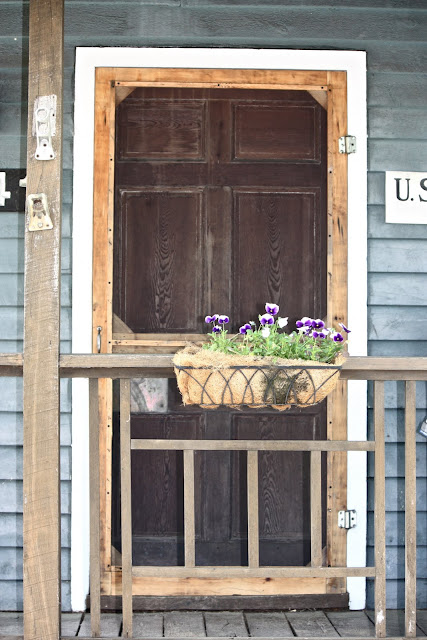 “Mail your packages early so the post office can lost them in time for Christmas.”
~ Johnny Carson

FYI:
Brownsburg, VA, is an unincorporated community in Rockbridge County, Virginia, United States. The village of Brownsburg was established on November 23, 1793. By 1835, Brownsburg was a thriving commercial hub and was centrally located on the stagecoach line between Staunton and Lexington. Brownsburg Academy, a private Presbyterian high school for young men, was built with funds raised by local residents. The Academy operated as a private institution from 1850 to 1877 and its building was used for classes, religious services and public meetings. A portion of Brownsburg was listed as a historic district on the Virginia Landmarks Register and National Register of Historic Places in 1973.
This post is linked with Lesley’s Signs, Signs.